In the poem ‘Municipal Gums’, Oodgeroo Noonuccal uses personification, metaphors and imagery to show how the gumtree in the city is similar to that of Aborigines who have been forced to adopt white mans' ways. The general theme of this poem as well as Kevin Gilberts is to raise awareness of the tremendous discrimination by white Australia against aborigines in the 1960’s and before.

An example of personification in this poem is to ascribe the gumtree emotions - “it is dolorous.” Oodgeroo believes the Aborigines face the same sadness (“what have they done to us?”) and hopelessness at the loss of their own traditional ways. In the line, “O fellow citizen,” Oodgeroo also gives the tree citizenship status reflecting the Aboriginal belief that all living things and the land around us deserve respect.

Unlike Gilbert, Oodgeroo also uses metaphors in this poem by comparing a hopeless horse carting goods for others to the tree stuck in the city street and in turn to the aboriginal by its similarity to the tree. “Like that poor cart-horse. Castrated, broken, a thing wronged”

Oodgeroo also uses imagery such as, “Set in your black grass of bitumen”, to show that the gum tree, like the aborigines are trapped or locked into the concreted, modernised world around them. Oodgeroo very cleverly helps us imagine that the tree can’t really grow and will probably die unless planted back in the forest.  This idea links back to the plight of the aborigines and their right to land title, traditional ways and respect.

The effective use of imagery in Municipal Gum creates a softer feeling than in Kevin Gilbert’s poem which is more openly political and direct in its message. Oodgeroo links the continuation of nature within a city with that of what white man has forced upon the aborigines. 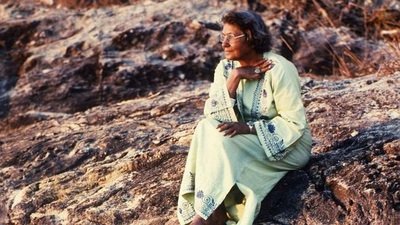 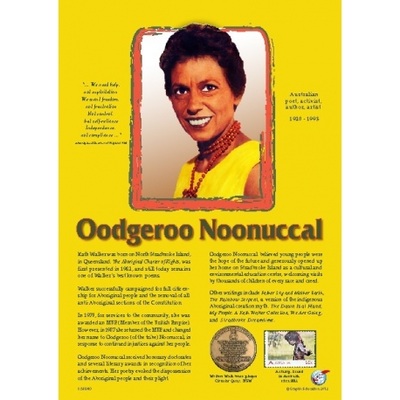 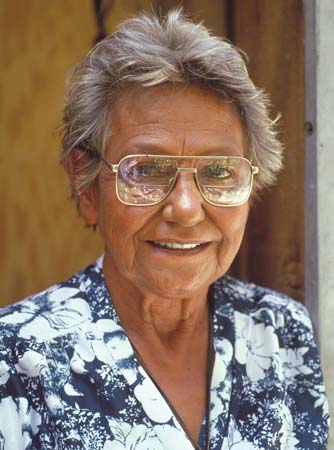