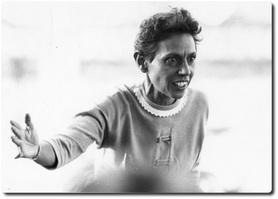 Oodgeroo Noonuccal, also known as Kath Walker until 1988, was born on November 3, 1920 on North Stradbroke Island in Queensland and was perhaps Aboriginal Australia’s most famous poet, but also a writer and political activist. She lived through the era of the White Australia Policy and suffered much discrimination as a result. In this time the majority of Australians had no contact with Aboriginal people due to segregation and social conventions.
Oodgeroo left school at the age of thirteen in 1933 at the height of the Great Depression and became a domestic servant in Brisbane. During the 50’s and 60’s Oodgeroo became well known for her active campaigning for aboriginal citizenship rights as part of the Queensland Council for the Advancement of Aborigines and Torres Strait Islanders. Noonuccal was the first aboriginal Australian to publish a book of verse and in 1964 sold 10,000 copies of her poem ‘We Are Going.’ Her poems give a stark Aboriginal perspective on the colonisation and settlement of Australia by white man. Oodgeroo Noonuccal died in 1993 aged 72 from cancer. 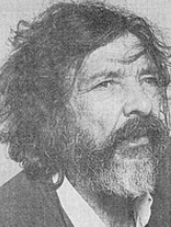 Kevin Gilbert, born in Condoblin, New South Wales in 1933 was an indigenous Australian activist, artist, poet and playwright. The youngest of eight children born to a white father and black mother, Kevin was orphaned at the age of seven and raised by his elder sister. Kevin left school at thirteen and worked in various seasonal itinerant jobs. In 1956 he married a white woman with whom he had two children, however in 1957 Kevin was sentenced to life imprisonment for killing this wife in a domestic dispute whilst drunk. During the fourteen years that Kevin was imprisoned he learnt to read and write and strove to educate himself, discovering artistic talents as a poet and playwright. Kevin wrote the first play ever written in English by an Aboriginal called ‘The Cherry Pickers’ in 1968. From his parole in 1971 onwards Gilbert was an active Aboriginal human rights activist and writer and was notable in establishing the Aboriginal Tent Embassy outside of Canberra’s Parliament House to protest against aboriginal’s lack of land rights. Kevin died in 1993 – just as the Native Title Act came into law.